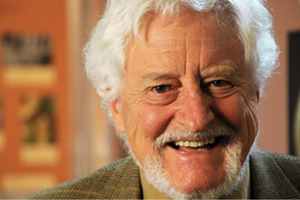 Daniel H. Garrison received his degrees from Harvard (A.B. Classics, 1959) and Berkeley (PhD Comparative Literature, 1968). He was a member of the Classics Department at Northwestern University from 1966 until his retirement in 2010.

His publications have dealt chiefly with the understanding of Greek and Latin lyrics. These disciplines turned out to be uniquely valuable in detecting Vesalius’ reliance upon ancient texts and his allusive mode of writing. His publications include editions of Horace and Catullus, a monograph on the Hellenistic love epigrams, a prosopography of P. G. Wodehouse, and articles on the doubloon in Moby Dick and the development of the locus inamoenus in Latin poetry. His book on sexual culture in the Greek world led him to further study of the Greek conception of the body and Greek medicine. In other media, Garrison has contributed to History Channel videos on ancient sexual culture and prostitution in the Greek and Roman world.

His research on Vesalius has been funded by grants from the National Endowment for the Humanities, National Library of Medicine, and the Andrew W. Mellon Foundation. He continues to write on 16th-century anatomy. Garrison’s translation of another Vesalius work, Vesalius: The China Root Epistle: A New Translation and Critical Edition, published by Cambridge University Press, will be available in 2013. 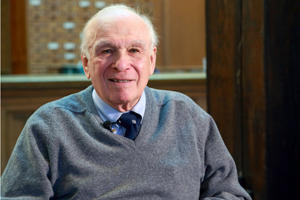 Malcolm H. Hast is Professor Emeritus of Otolaryngology – Head and Neck Surgery – and also past Professor of Cell and Molecular Biology (Anatomy) at Feinberg School of Medicine of Northwestern University.  He is Fellow of the American Association for the Advancement of Science as well as Fellow of the Anatomical Society (UK) and a Chartered Biologist and Fellow of the Society of Biology (UK). He is also a recipient of The Gould International Award in Laryngology and a NATO Senior Fellowship in Science.

His publications include numerous articles on the neuromuscular physiology and anatomy of the larynx.  His current research is at the Field Museum of Natural History on the comparative anatomy of the mammalian larynx.