he year 2014 will mark 500 years since the father of modern anatomy was born. Events worldwide will bring together fans and scholars of Vesalius to reflect on his legacy and share their insights.

Some of those events will be listed here, as well as in the Events & Meetings pages. If you know of goings-on related to the Fabrica, Vesalius or his 500th anniversary, please share them by writing to us. We will post any relevant information on this website. 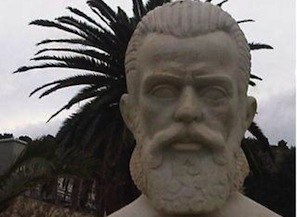 In fall 2014, under the auspices of the municipality of Zakynthos and the Embassy of the Kingdom of Belgium in Athens, the Ionian Island will host a number of events commemorating the 500th anniversary of the birth of Andreas Vesalius in Brussels. The Flemish physician, later universally referred to as the father of modern human anatomy, died on Zakynthos, Greece, in 1564. www.vesalius-continuum.com